“I want all journalist to utilize every source you have that specializes in collections for your reports. With the discovery and evidence available you will see the truth. Unfortunately, I will not be alive to see my name cleared. That’s what this is about, my name. A man is nothing without his name.”

I think what Dorner did was, as he calls it, “a necessary evil”. I support his decision to expose the well known corruption of the Los Angeles Police Department and some of the people involved. This is the way he chose to go about doing it and it was effective. R.I.P. to the unfortunate victims.

Dorner, who was the subject of the biggest manhunt in recent times was pushed into doing what he did after being fired for breaking the “Blue Line” code after reporting an officer who used excessive force on a suspect by kicking him three times in the upper body and face while handcuffed.

His superiors even in the face of evidence stubbornly said he was lying and got rid of him. Apparently, his honesty was too much for them and they couldn’t have that.

Dorner should be honored as a hero. He has drawn comparisons to John Rambo, who like Dorner fought against the same authority figures (corrupt law enforcement officers) in the movie First Blood.

You can argue that Samuel L. Jackson should just have let the legal system deal with the crime. The suspected rapists would have just gotten jail time or gotten off and they’d then be free to rape and violate people’s civil rights again. There would be no justice served.

You know how the saying goes. There is a time for everything under the sun…

Dorner’s revolution was televised. It’s the internet age so you don’t have to watch actual television to know what’s going on. His actions exposed the corruption of the LAPD to the world just like the Rodney King beatings in the 90’s which was carried out by, you guessed it, the LAPD. 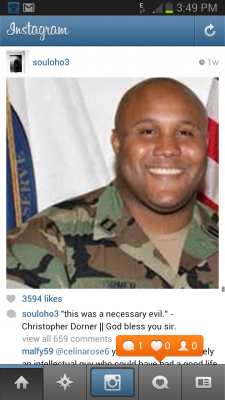 The LAPD has since tried to instill confidence in the black community that things are different but it clearly isn’t – not with the unapologetic racial slurs committed by senior officers and witnessed by Dorner himself (see the manifesto) and the same police brutality (yeah, I know it happens everywhere).

Some rappers are already voicing their support for Christopher Dorner.

Ab-Soul, one of my favorite new West Coast emcees posted an Instagram of Dorner quoting “this was a necessary evil” then adding “God bless you sir.”

This was what led me to read the Dorner manifesto and I agree with Ab-Soul.

MC Lyte participated on a CNN discussion and even though she didn’t outright voice her support said that people on social media needed to be heard.

Dorner took 4 lives but I could image the amount of lives the LAPD has claimed through the use of unnecessary brute force.

I’m guessing in time other celebrities will have their say.

Finally, I will leave you with another quote from Dorner’s manifesto which sums up who Dorner really is considering people are dismissing him as crazy, villainous and all sorts of other negative things. Clearly people who haven’t read the manifesto.

“I’m not an aspiring rapper, I’m not a gang member, I’m not a dope dealer, I don’t have multiple babies momma’s. I am an American by choice, I am a son, I am a brother, I am a military service member, I am a man who has lost complete faith in the system, when the system betrayed, slandered, and libeled me. I lived a good life and though not a religious man I always stuck to my own personal code of ethics, ethos and always stuck to my shoreline and true North. I didn’t need the US Navy to instill Honor, Courage, and Commitment in me but I thank them for re-enforcing it. It’s in my DNA.” 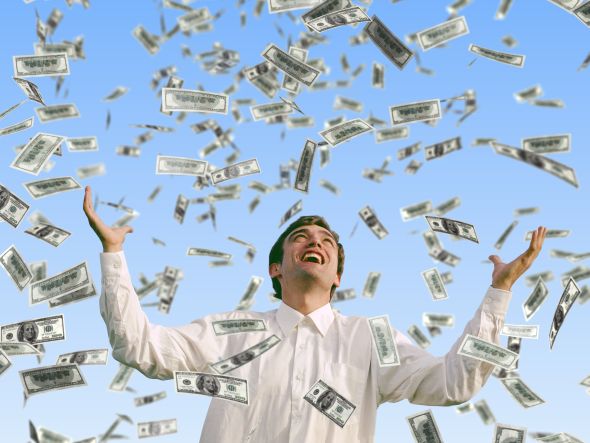