2012 was a great year for me. I listened to a lot more music, learned some new stuff and indulged heavily in activities that I love doing.

Reading the year end 2012-in-review lists on websites that I frequent had me thinking about doing some myself but the thought of being redundant just put me off from ever getting started.

Instead I’m going to do the best of 2012 by rounding up the very top items in different categories as chosen by various websites. This list will be constantly updated and you can help by letting me know in the comments about any lists or categories worth including.

Those are some of the best entertainment for 2012. Some I’ve sampled and some that I haven’t. 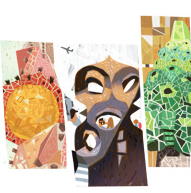 I usually love checking out Google’s Doodles when they put them up. You learn about...